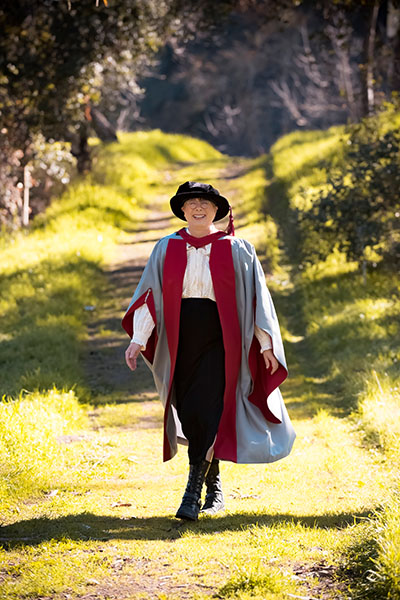 Shelley Adina is the author of more than 40 novels published by Harlequin, Warner, Hachette, and Moonshell Books, Inc., her own independent press. She writes steampunk adventure and mystery as Shelley Adina; as Charlotte Henry, writes classic Regency romance; and as Adina Senft, is the USA Today bestselling author of Amish women’s fiction.

She holds a PhD in Creative Writing from Lancaster University in the UK. She won RWA’s RITA Award® in 2005, and was a finalist in 2006. She appeared in the 2016 documentary film Love Between the Covers, is a popular speaker and convention panelist, and has been a guest on many podcasts, including Worldshapers and Realm of Books.

When she’s not writing, Shelley is usually quilting, sewing historical costumes, or enjoying the garden with her flock of rescued chickens.

How long have you been writing?

Since I was five. I remember sitting at the kitchen table, drawing wavy lines in a copybook and proudly showing my “writing” to my mom. She’s still my biggest fan 🙂 When I was eight, I wrote a composition about a ghost in a graveyard, and my third-grade teacher wrote on it that I’d scared her. She was just being encouraging, of course, but in my child’s mind, I realized that writing could affect how people felt and thought. That set me on the writing path—an undergrad degree in literature, an MFA in writing popular fiction, a PhD program, and 42 published novels so far.

I grew up on the beautiful west coast of Canada, then moved to California in my twenties and got married. The Loma Prieta earthquake happened when we were still newlyweds—and I discovered that if you can survive your house falling down and then rebuilding it together, you can survive anything.

And that third-grade teacher? Recently I found her on Facebook and thanked her for what she’d done for me. She said it brought tears to her eyes. Go thank a teacher for something he or she did for you as a child. Go on. Right now, while you’re thinking about it.

What are you doing with all those degrees? Do you really need a college degree to write novels?

The simple fact is that whether I’m in the streets of Belgravia in London or in a Lancaster County fabric store talking color with Amish women, I love to learn. My mother always wanted me to go to university, but I wanted to work and travel. It wasn’t until I moved to the States that I went to college at night, after working the day job in Silicon Valley computer companies. When I heard about the low-residency program at Seton Hill, I decided that was what I wanted to do. I sold my thesis to Harlequin, and then while I was working and writing books, the program director asked if I’d like to teach. I did that for 17 years, but had to scale back to manage the PhD program.

You don’t need a college degree to write novels, but some training helps. Read voraciously. Write daily. And get some craft under your belt, like learning how to structure a novel, how to create motivation in a character, and how to build your story world. Then jump in and do it! Ninety percent of Americans say they’d like to write a book someday, but only a tenth of a percent ever do it. Be one of those people.

Who are your favorite authors? Favorite books?

How much time do we have? LOL. I’ve been a hungry reader all my life, starting out with all the Nancy Drew mysteries, and moving on to L.M. Montgomery (I have a collection of first editions of her work) and Elizabeth Goudge (a British writer), then to popular fiction authors like C.S. Harris, Linda Castillo, Louise Penny, and Kristin Hannah. I like steampunk by Cherie Priest and Gail Carriger, and Amish fiction by Vannetta Chapman and Suzanne Fisher; fantasy by Connie Willis, Troon Harrison, and Maria V. Snyder; and YA by Scott Green, Tanita Davis, and Scott Westerfeld. If I were stranded on a desert island with only one book, it would have to be Doomsday Book by Connie Willis. And I’d smuggle Pride and Prejudice and Jane Eyre onto the island in my pockets.