I feel a bit like a ball in an old-fashioned pinball machine, careening from one culture to another and back again in the space of a few minutes. Why? Because I’m an author who writes both steampunk as Shelley Adina and Amish fiction as Adina Senft … and because I’m at a steampunk event in the middle of Amish country. 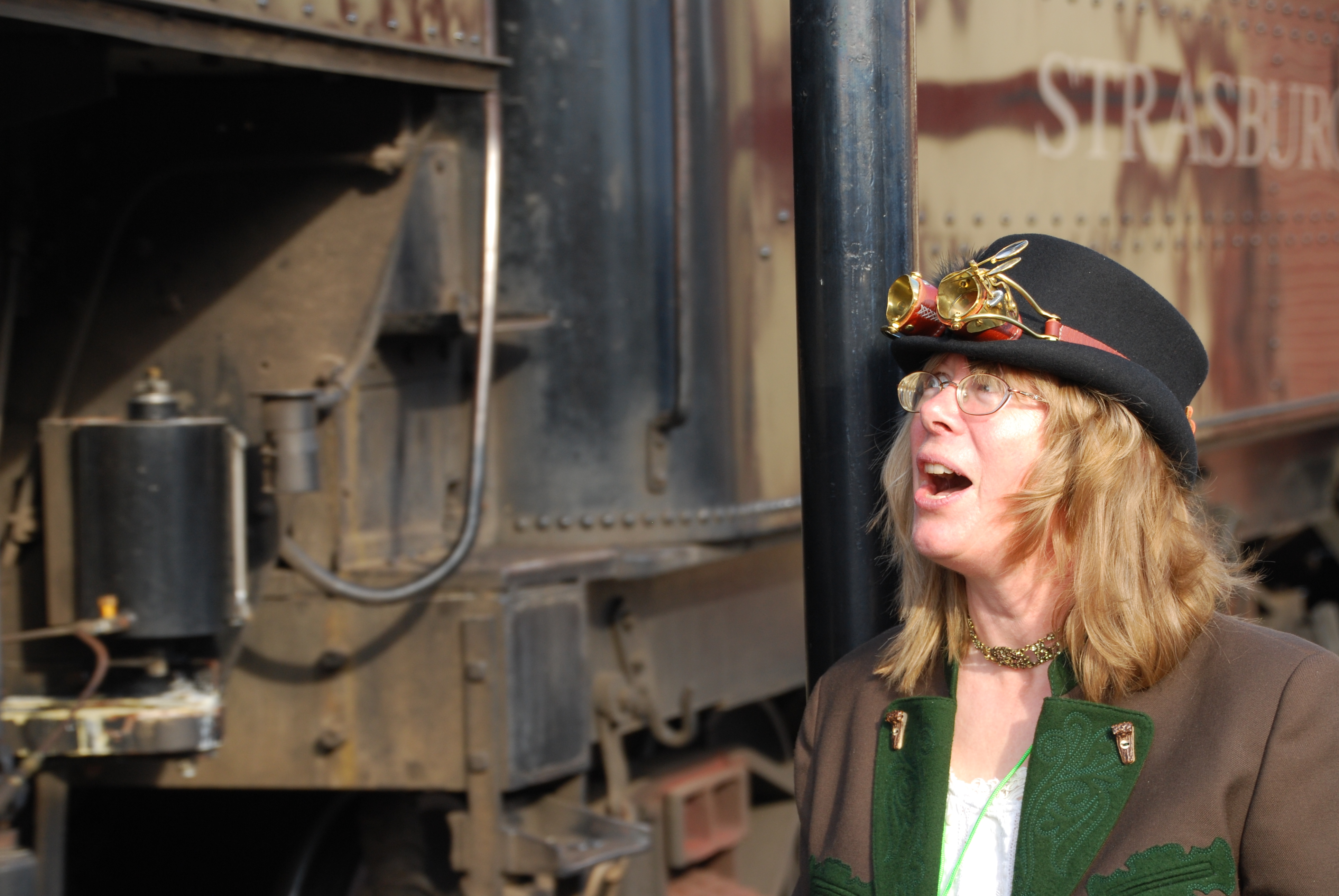 (Above is a gasp of awe as the #90 steam locomotive passes me. I mean, I knew it was coming down the track, but wow, that’s a lot of heavy metal!)

This event has never been done at the Strasburg Rail Road before, but it’s coming off very well. We welcomed a thousand visitors yesterday, and expect another thousand today. I was so happy to meet readers who had bought all my books and had made the trip just to shake hands and join in the fun. I was also delighted to meet couturiere Aleta Pardalis, who looks every bit as stunning as she did in a recent magazine spread about her costumes. 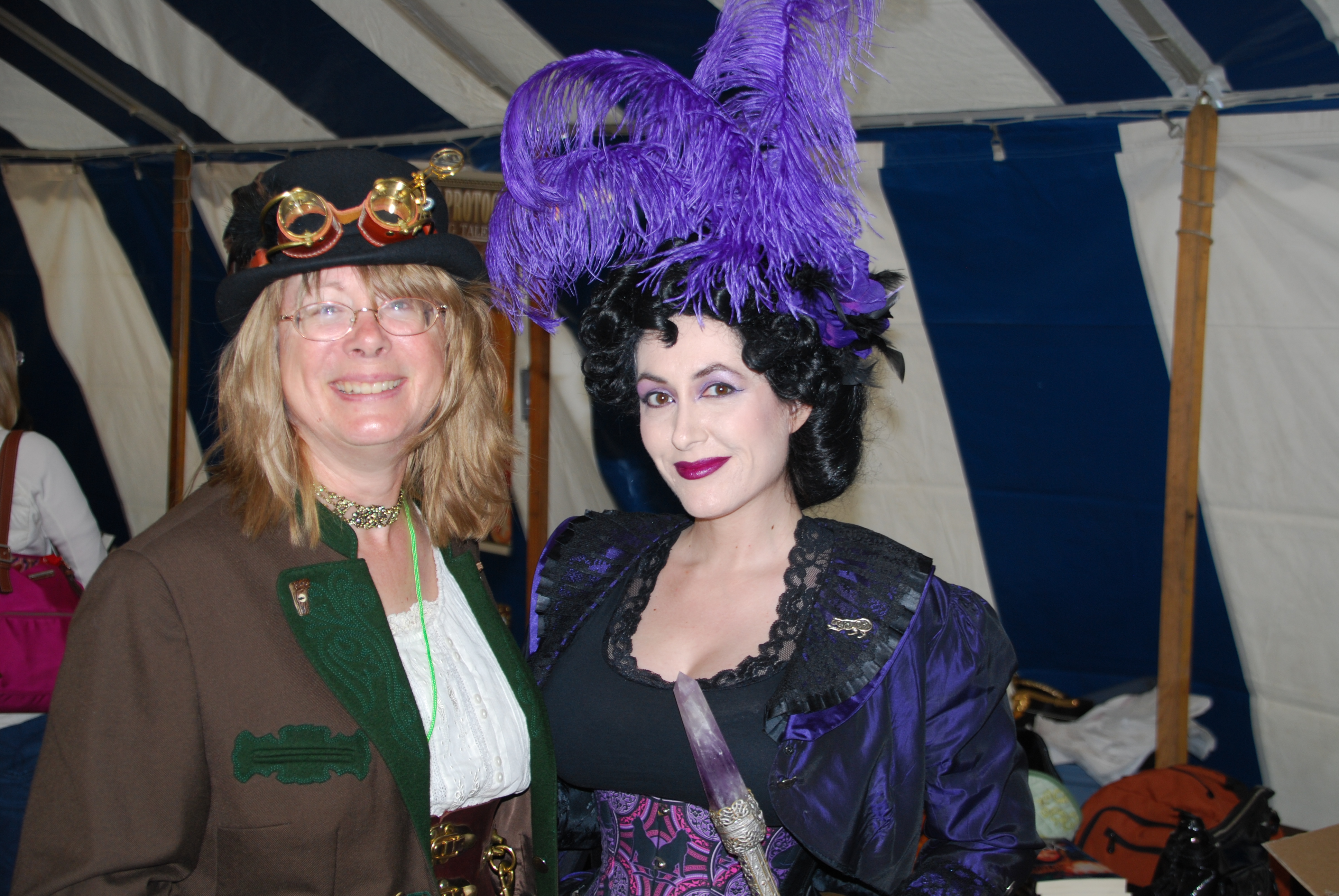 Now, jump from the steampunk world, where the only limit to your costume or visible identity is the far edge of your imagination, to the Amish world, where everything down to the number of pleats in your dress or sleeve is limited by the Ordnung, or the rule of discipline in the church district. Directly outside the doors of the locomotive shop where I was photographed inside the Ring of Fire (a circular gas heating ring used to warm the tires before they go on the train’s wheel carriages) is this view: 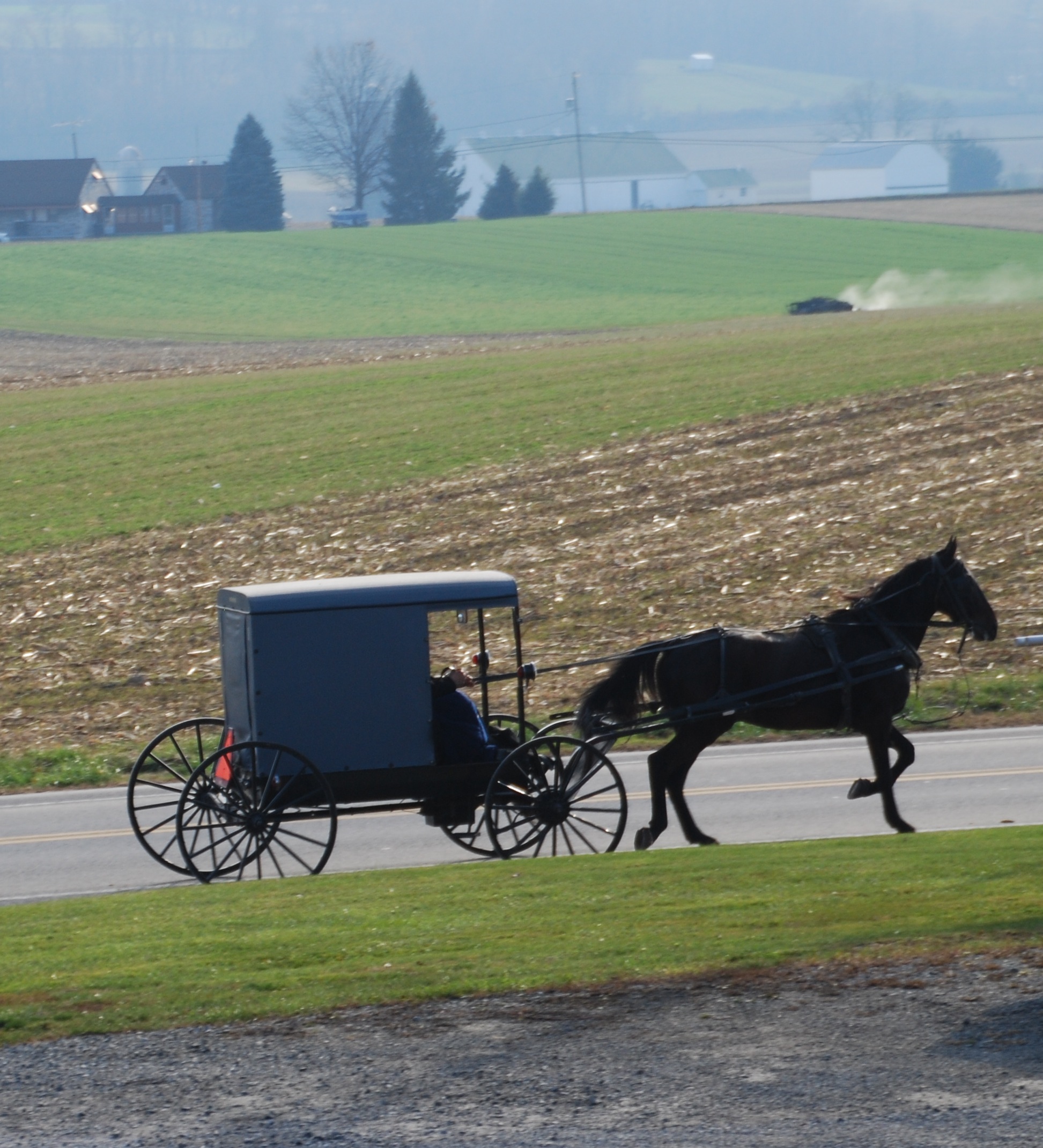 Yet, funnily enough, the two worlds meet in the parking lot, where an Amish girl has set up a bake stand and is doing a roaring trade in pumpkin whoopie pies and other goodies as people stream through the gates to the steampunk event. When the newspaper reporter asks her what she thinks of all this, she says, “It’s fun to see what comes up next. It’s different.”

I look from one culture to the other, and decide I couldn’t have said it better myself.

Steampunk UnLimited at the Strasburg Rail Road November 16–17
Steampunk women
Sign up for Shelley‘s mailing list & begin the adventure with “The Abduction of Lord Will.” Join the flock!
up