Skip to content
When Betty becomes Benny
Lady of Devices—Excerpt 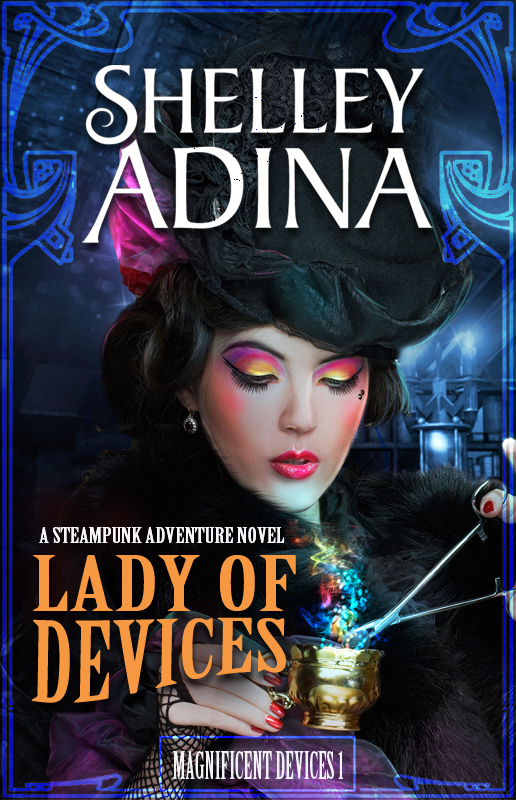 London, 1889. Victoria is Queen. Charles Darwin’s son is Prime Minister. And steam is the power that runs the world.

At 17, Claire Trevelyan, daughter of Viscount St. Ives, was expected to do nothing more than pour an elegant cup of tea, sew a fine seam, and catch a rich husband. Unfortunately, Claire’s talents lie not in the ballroom, but in the chemistry lab, where things have a regrettable habit of blowing up. When her father gambles the estate on the combustion engine and loses, Claire finds herself down and out on the mean streets of London. But being a young woman of resources and intellect, she turns fortune on its head. It’s not long before a new leader rises in the underworld, known only as the Lady of Devices.

When she meets Andrew Malvern, a member of the Royal Society of Engineers, she realizes her talents may encompass more than the invention of explosive devices. They may help her realize her dreams and his . . . if they can both stay alive long enough to see that sometimes the closest friendships can trigger the greatest betrayals . . .

Want to read the first chapter?

“What a relief this volume is.  Steampunk without zombies. An amusing, touching, steam-exhausting, Crystal-Palacing romp.”  —Timons Esaias

Buy it at these fine establishments:

1 thought on “Lady of Devices—Overview”

When Betty becomes Benny
Lady of Devices—Excerpt
Sign up for Shelley‘s mailing list & begin the adventure with “The Abduction of Lord Will.” Join the flock!
up