My experience at the Imperial War Museum (formerly Bedlam) was a strange combination of eerie recognition and the validation an author feels when she got something just right. In walking around the grounds, I had known something about the layout thanks to Google Earth. But my imagination had embroidered facts with story details—gardens, roses, benches, ivy—that may or may not have existed. They may not have existed in 1889, either, but still, it was a bit of a shock to see physical confirmation of what my imagination had provided.

Here’s a passage from Her Own Devices:

They passed through another door and moved through the ward, with beds against the walls, presumably for less dangerous incurables. An orderly in a clean white uniform joined them. Claire glanced at the beds. At top and bottom were leather straps, the kind that might wrap around ankle or wrist. Another set of locked doors, and then they were outside.

A deep breath did nothing to clear the miasma of fear and distress flowing out the door behind them.

The airing garden was a square of lawn with a couple of stone benches. At the far end, a woman in a white dressing gown sat, staring fixedly at a stone wall the height of two men. No one else appeared to be taking the air today, though the afternoon was fine.

“Remember,” Dr. Longmont said, “at the slightest sign of agitation, Mr. Wellburn here will be at hand to help.”

And here is the airing garden, in the same location behind the building as it was then: 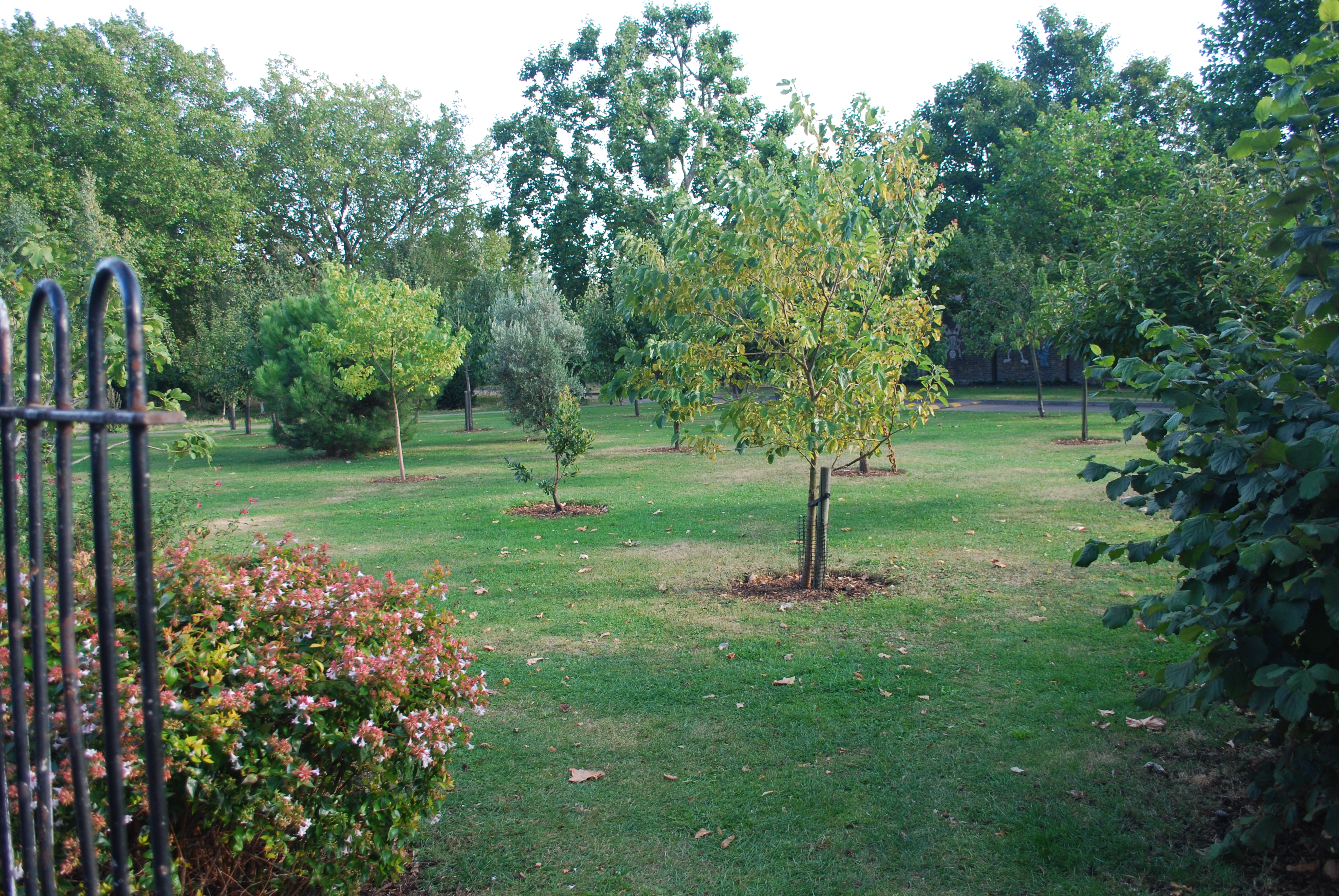 All that was missing were the stone benches. Even the weather cooperated—the afternoon was indeed fine!

Research: Bedlam
Meet my chickens: Mosa and Tetra
Sign up for Shelley‘s mailing list & begin the adventure with “The Abduction of Lord Will.” Join the flock!
up