Cover reveal! This is the infamous “Mennonite vampire” novel I wrote in 2011, with a fresh new cover (print to follow shortly). It’s book one in a paranormal series—and hey, the digital edition is on sale at Amazon for half price! 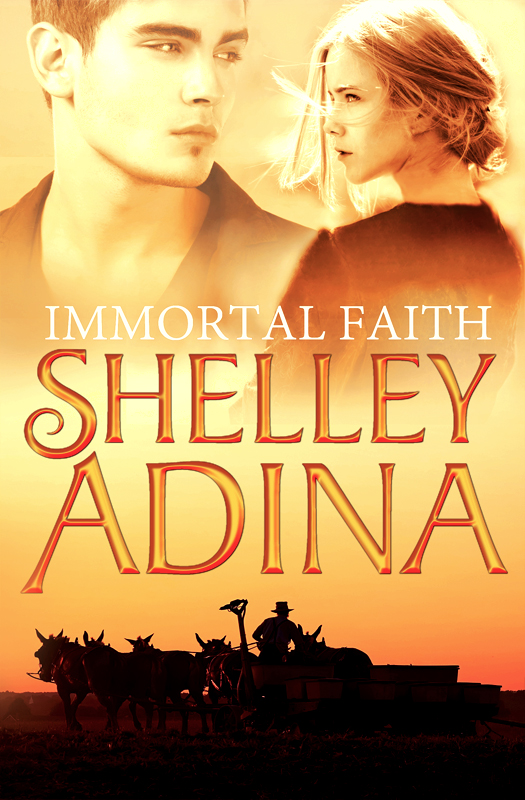 In the small, Old Order Mennonite community of Mitternacht, Iowa, the people pray that God will deliver them from evil. They should have been more specific.

Sophia Brucker is on the threshold of womanhood, standing in the door between her religion’s way of life and the possibilities of the world outside. She is also torn between two young men: David Fischer, whom she has known since childhood, and Gabriel Langford, the new arrival. In a community that only grows when people are born into it, a convert—young, single, and male—is the most exciting thing that has happened in years.

When Sophia’s uncle is found dead in the barn with his throat slashed and bitten, the community grieves—except Sophia, who has been abused by him for years. And when the local mean girl is killed the same way, Sophia hardly dares to voice what she suspects: that only the worst among them are being weeded out. Under the elders’ approving eyes, it seems Gabriel is dedicated to worshipping God. But his methods may not stand up to too close a scrutiny . . . and Sophia is getting very close indeed . . .