Skip to content
Fields of Air (Magnificent Devices #10): story summary
AnomalyCon: “Is This a Kissing Book?” 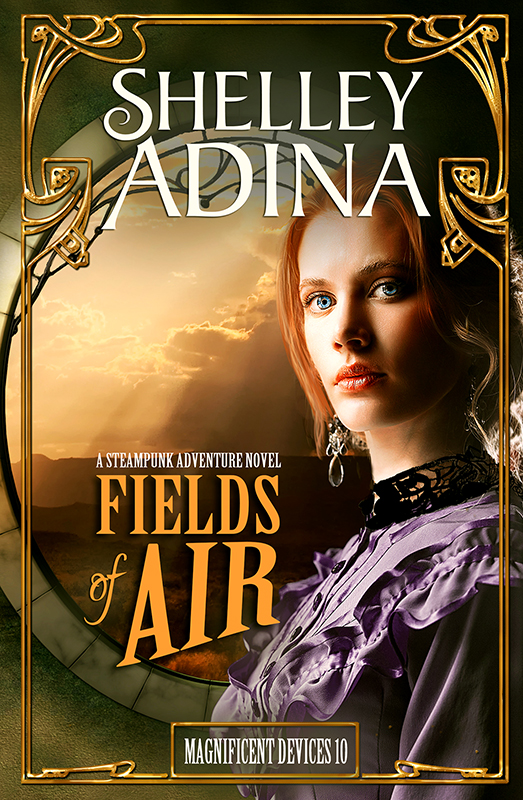 There’s nothing quite as thrilling for me as releasing a new book in the Magnificent Devices steampunk series. Fields of Air, the first of three books about Gloria Meriwether-Astor’s adventures in the Wild West, came out today! I hope you’ll enjoy it, because you’re the reason I do this (well, and because I like having company in my imaginary worlds).

Gloria has come a long way since her days as Lady Claire’s classmate at St. Cecelia’s, when the two of them—I must be frank—despised each other. Gloria’s eyes were opened about her own misjudgment of Claire, which also revealed to her that while she might be rich in material wealth, she was poor in friendship. Through the adventures of Books 7 and 8, she learned a thing or two about herself and about just how valuable friendships among women can be. Now she has even more to learn—and since she intends to stop the war her father started, it’s going to be quite the experience. I hope you’ll join her (and me) on the journey!

Find Fields of Air at your favorite online retailer:

Fields of Air (Magnificent Devices #10): story summary
AnomalyCon: “Is This a Kissing Book?”
Sign up for Shelley‘s mailing list & begin the adventure with “The Abduction of Lord Will.” Join the flock!
up