It is my pleasure to introduce today my friend and fellow steampunk author Emma Jane Holloway, who is the mad mind behind the Baskerville Affair trilogy. Since we are currently sharing the top two spots on the steampunk bestseller list at Amazon (woohoo!) I felt emboldened to ask her an inquisitive and impertinent question or two, upon which she laughed and agreed to humor me with a reply. So without further ado, here is Emma Jane, on making the acquaintance of Mr. Holmes.

One might think that tinkering with the legendary Sherlock Holmes is rather more than a lady should attempt. What possessed you to step into this world in the first place? Did you feel any trepidation about treading upon sacred ground? And what gave you the most joy in doing so? Do forgive me. That was three questions 🙂 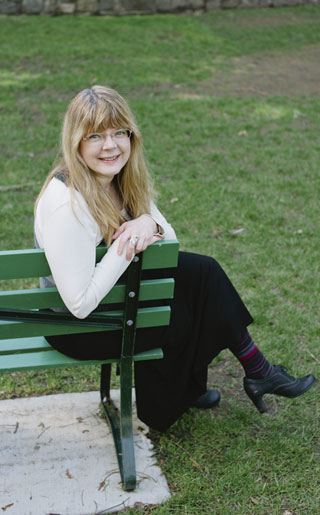 What would Holmes and Watson be like perceived from a young female point of view? What if Holmes was your uncle? Would he end up being aloof and uncomfortable, the partner in crime, or the weird relative with the chemistry set—you know, the one you don’t really admit to when you’re out with your friends?

The need to find all that out was what started me writing these books. The stories ended up changing dramatically before I was done, but that core relationship between Holmes and his niece—who has just crossed the threshold to adulthood—remains at the heart of the tale.

But let me back up a moment. I was introduced to Mr. Holmes when I was in school and have revisited the stories often. Early on, I enjoyed the tales for their mysteries, but as an adult I came to appreciate how much dry wit there is in Watson’s narrative. At its best, it serves as a model of subtle characterization—Conan Doyle balances Holmes’s powers of detection with Watson’s grasp of Holmes. And this is what I found interesting: It is in that act of perception that we come to understand the observers, and thus it is possible to know Holmes and Watson more completely than many characters that cross our path. 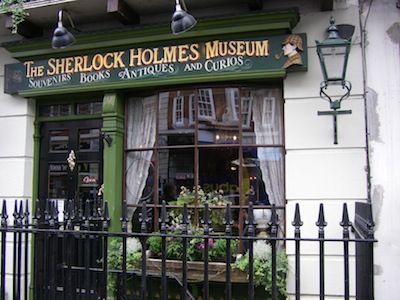 Which is extremely fortunate when one is inviting those characters to step into one’s own novel. The world of 221B Baker Street is familiar that recreating the place and people was relatively easy. Of course I was respectful, but Holmes is an amazingly durable personality. There aren’t many situations he can’t adapt to—even the occasional bit of magic he encounters in my books. Still, he is very much a creature of intellect and solitary habits.

And that was why it was so much fun giving him a clever, inventive and independent niece. Just as we come to know Conan Doyle’s version of Holmes through the eyes of Watson, Evelina sees her uncle—and solves mysteries—in her own unique way. A new viewpoint provides a fresh experience—seen by way of finishing school, ballrooms, and dressmakers—not to mention magic spells and a clockwork mouse—and writing about it was an enormous amount of fun.

The game is afoot, and it’s wearing satin heels. 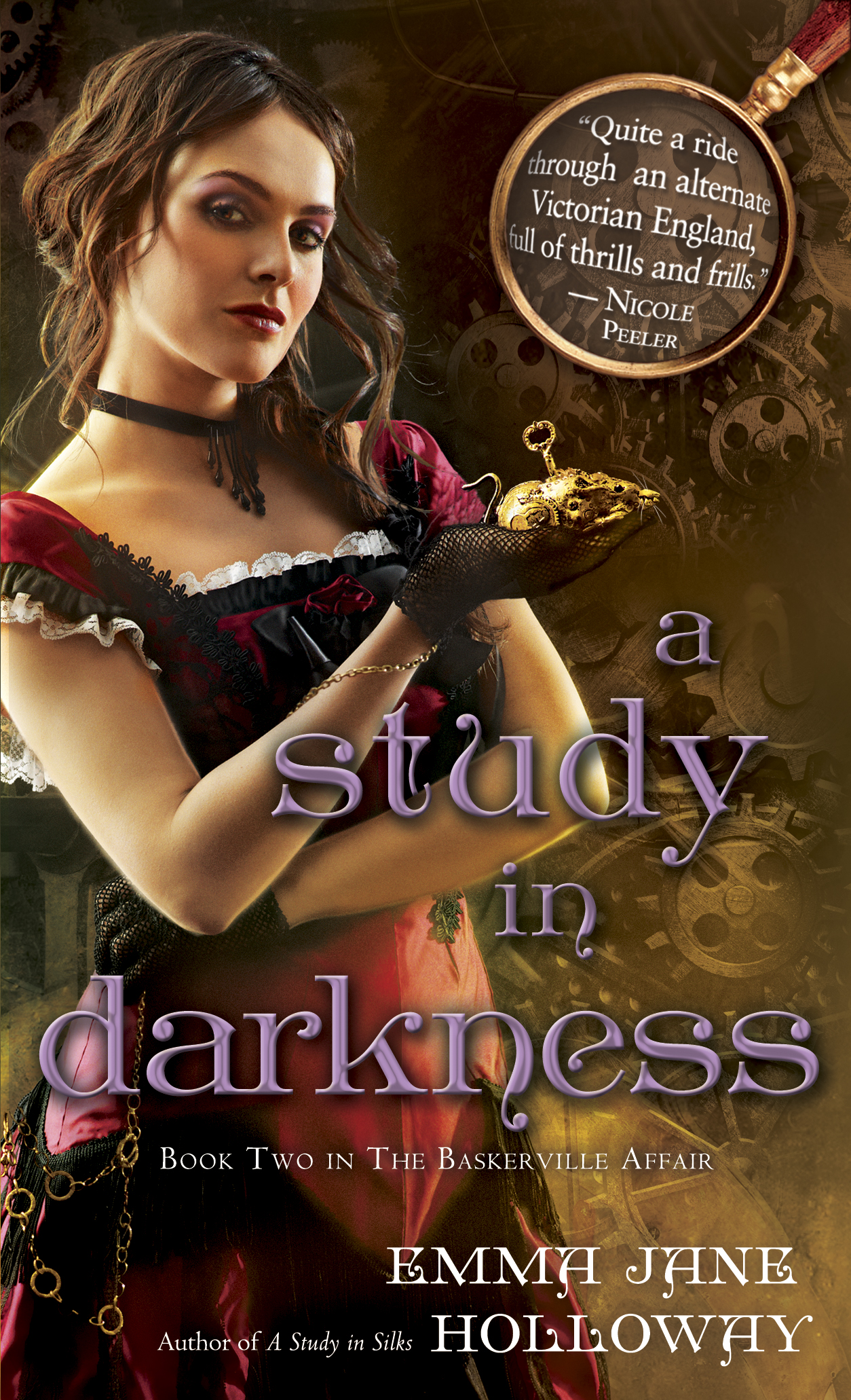 Latest release: A Study in Darkness

When a bomb goes off at 221B Baker Street, Evelina Cooper is thrown into her Uncle Sherlock’s world of mystery and murder. But just when she thought it was safe to return to the ballroom, old, new, and even dead enemies are clamoring for a place on her dance card.

Before Evelina’s even unpacked her gowns for a country house party, an indiscretion puts her in the power of the ruthless Gold King, who recruits her as his spy. He knows her disreputable past and exiles her to the rank alleyways of Whitechapel with orders to unmask his foe. As danger mounts, Evelina struggles between hiding her illegal magic and succumbing to the darker aspects of her power. One path keeps her secure; the other keeps her alive. For rebellion is brewing, a sorcerer wants her soul, and no one can protect her in the hunting ground of Jack the Ripper.

Ever since childhood, Emma Jane Holloway refused to accept that history was nothing but facts prisoned behind the closed door of time. Why waste a perfectly good playground coloring within the timelines? Accordingly, her novels are filled with whimsical impossibilities and the occasional eye-blinking impertinence—but always in the service of grand adventure.

Struggling between the practical and the artistic—a family tradition, along with ghosts and a belief in the curative powers of shortbread—Emma Jane has a degree in literature and job in finance. She lives in the Pacific Northwest in a house crammed with books, musical instruments, and half-finished sewing projects. In the meantime, she’s published articles, essays, short stories, and enough novels to build a fort for her stuffed hedgehog.

New in print and audio
Emma Jane makes us an offer
Sign up for Shelley‘s mailing list & begin the adventure with “The Abduction of Lord Will.” Join the flock!
up