On Location in Venice

Over the course of 30 books, I’ve come to believe firmly in onsite research. Whether I’m in rural Pennsylvania working on an Amish book or in London strolling down Wilton Crescent (yes, it’s real–see? Though the address of Carrick House is not), I like to have my feet on the ground and my senses open to temperature, scent, sight, and sound. I like to know, so that I can put that setting on the page and share it with the reader just as I experienced it. 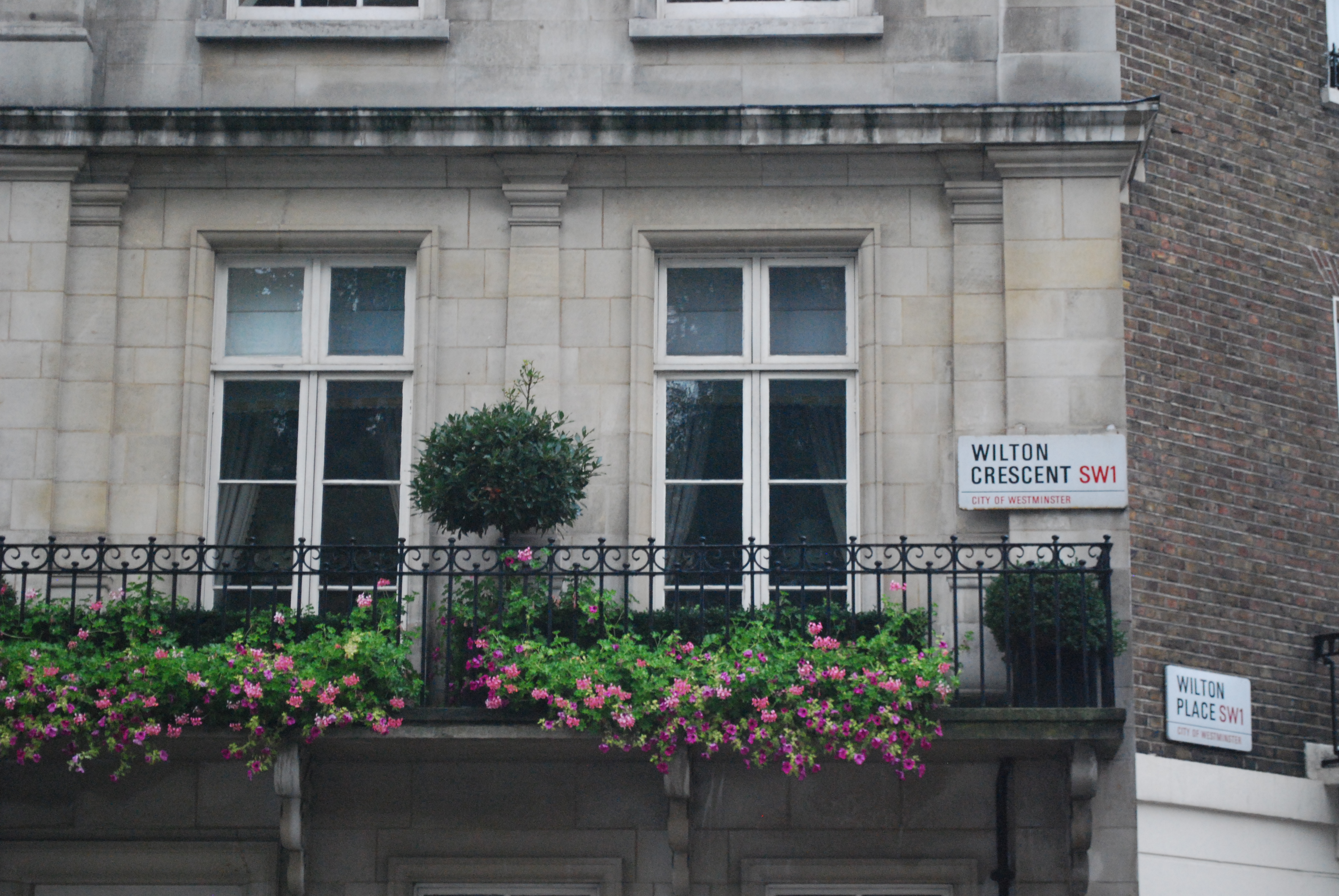 Which is why, in October, I found myself in Venice. 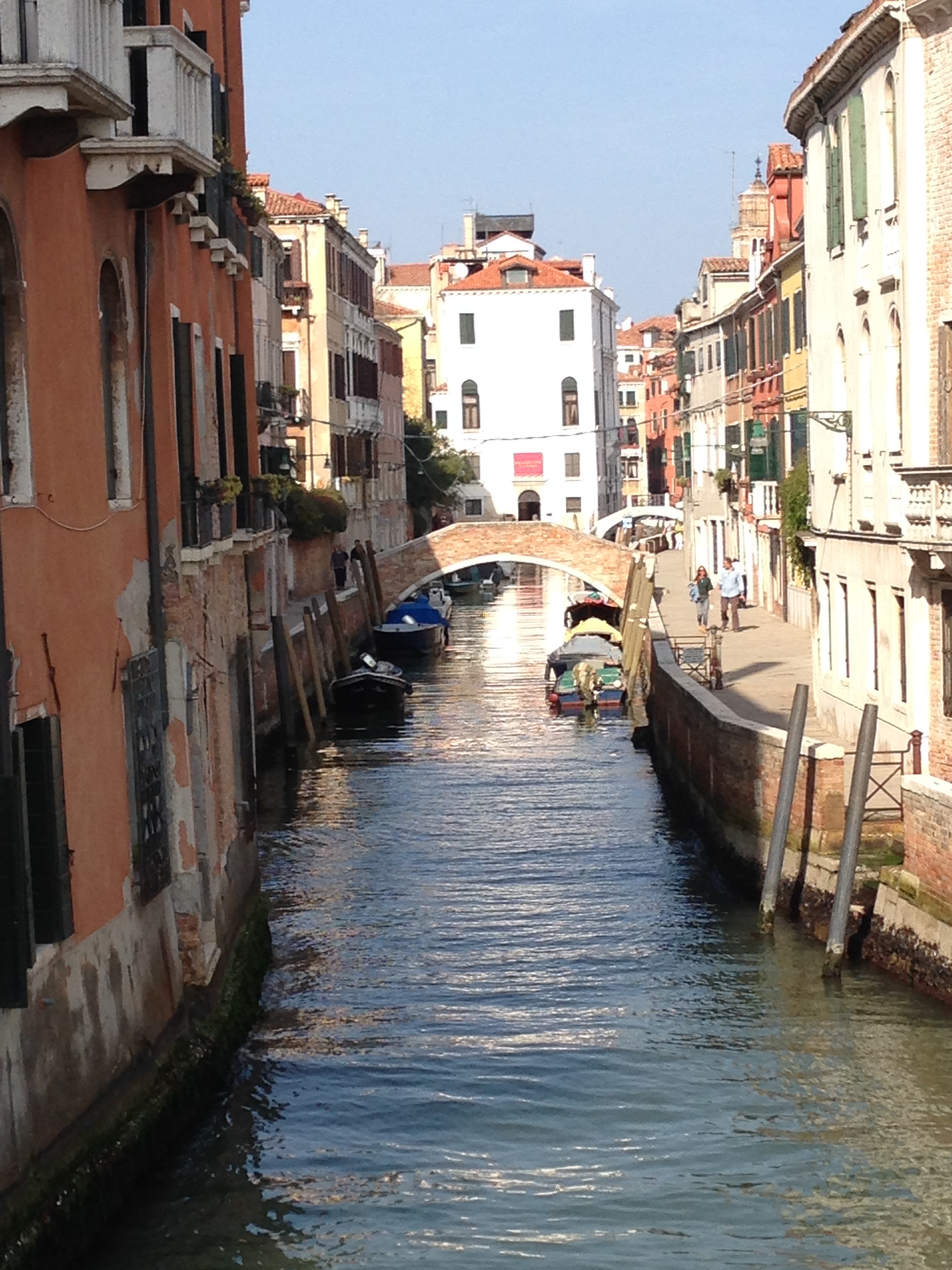 Venice. La Serenissima. A city like no other place on earth. Only in Venice could Leonardo da Vinci create a massive underwater gearworks that supports the city’s clocklike movement, each neighborhood revolving around its fellows in a dance that has gone on for 500 years, concealing the Doge from his many enemies and confounding generations of postmen.

Only in Venice could one hear the bells of all the churches ringing at once and know they signified, not compline or vespers, but the raising of all the bridges over all the canals so that the neighborhoods could move on their appointed rounds without anyone falling in. 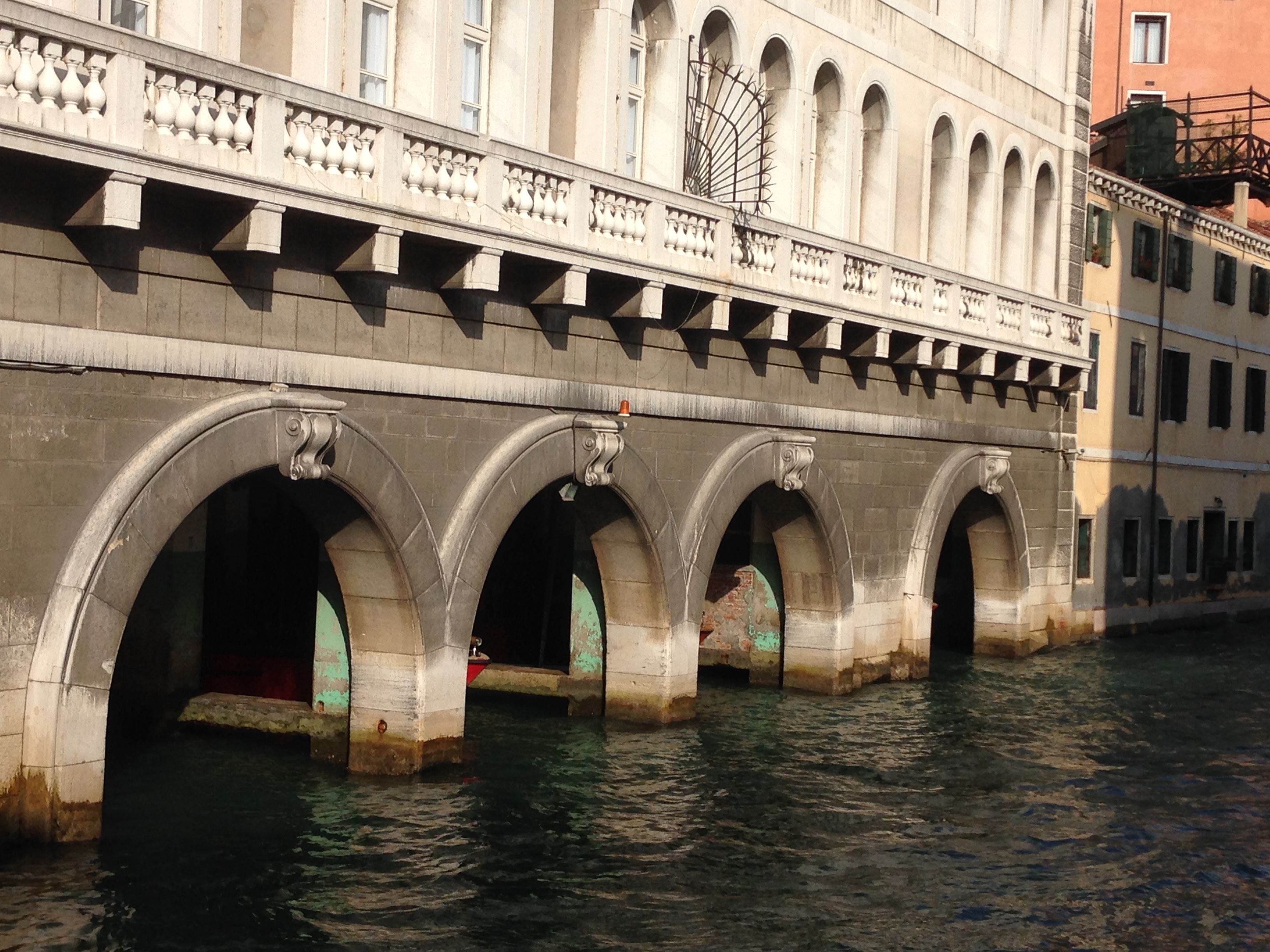 Only in Venice could one walk past a building like this (above) and immediately know that it was meant to be the entrance to the dreaded underwater prison—so forbidding. So very Traitor’s-Gate-like. So … frighteningly official. It positively moans, “Abandon hope, all ye who enter here.”

Only in Venice does one see mooring poles in every conceivable color, reflecting the liveries of the old families and the workaday ones of ordinary folk alike. Why should they not moor airships instead of gondolas? 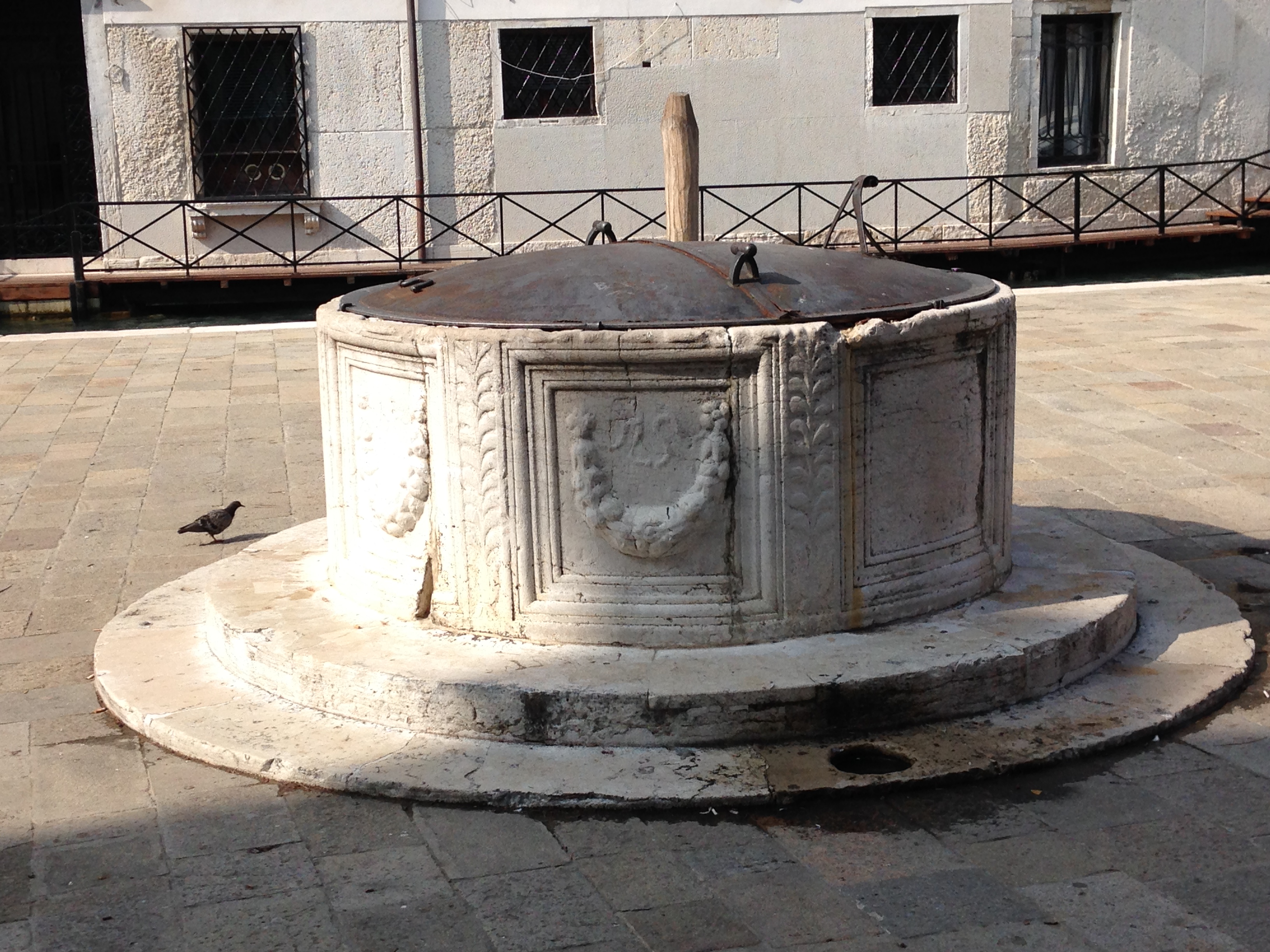 Onsite research isn’t merely so that I can bring the five senses into a story. It’s where ideas come thick and fast–scenes–snippets of dialogue that could only take place right there, next to that gate beside that canal. Or there, next to that cistern, with the acqua alta rising and the cries of the imprisoned coming up through the grates.

3 thoughts on “On Location in Venice”