Thanks to Jenny at Seedlings Online for her wonderful covers for the Mysterious Devices series. Who says steampunk is for goths who have discovered brown?! Here is the cover for The Dancer Wore Opera Rose, available on August 20, 2018! 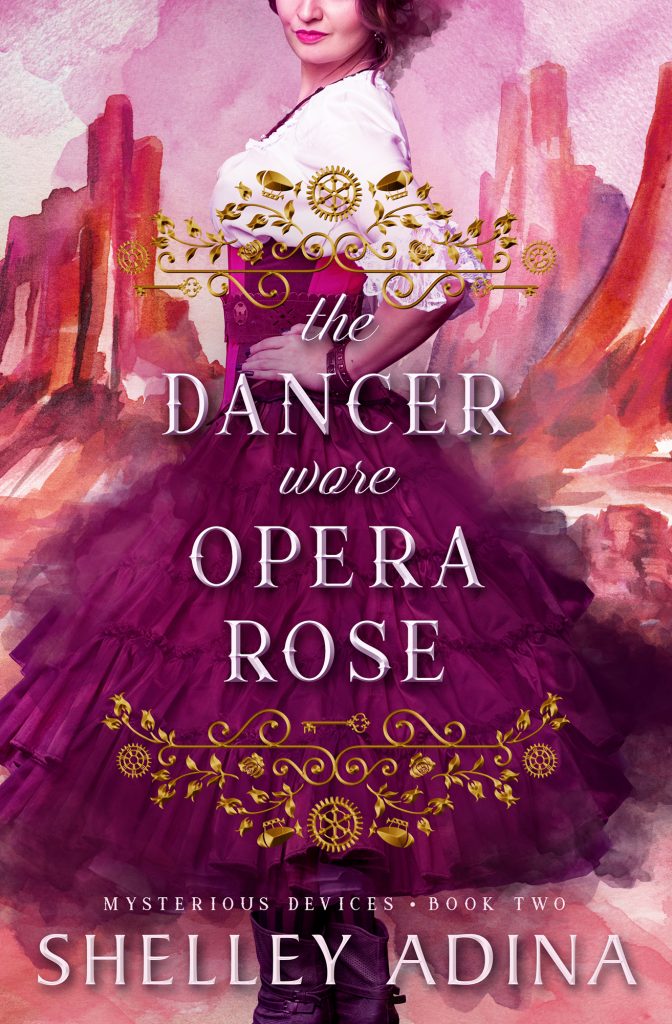 Book two of the Mysterious Devices series of clockwork cozies set in the Magnificent Devices world!

Daisy Linden and her sister Frederica arrive by airship in Santa Fe, capital of the Texican Territories, determined to search for their missing father. But two surprises await them—the authorities’ baffling refusal to help, and a not-so-chance meeting with snake-oil salesman William Barnicott.

To their joy, the Lindens find that their father has indeed been seen in Santa Fe. To their horror, it was an assignation with a cancan dancer in the dead of night. Now the dancer is missing—and he seems to be the only suspect. There is nothing for it—Daisy and Freddie must find the dancer, for only she can clear his name, and tell them where their father might be now.

Brilliant Devices—auf Deutsch!
Excerpt—The Dancer Wore Opera Rose
Sign up for Shelley‘s mailing list & begin the adventure with “The Abduction of Lord Will.” Join the flock!
up