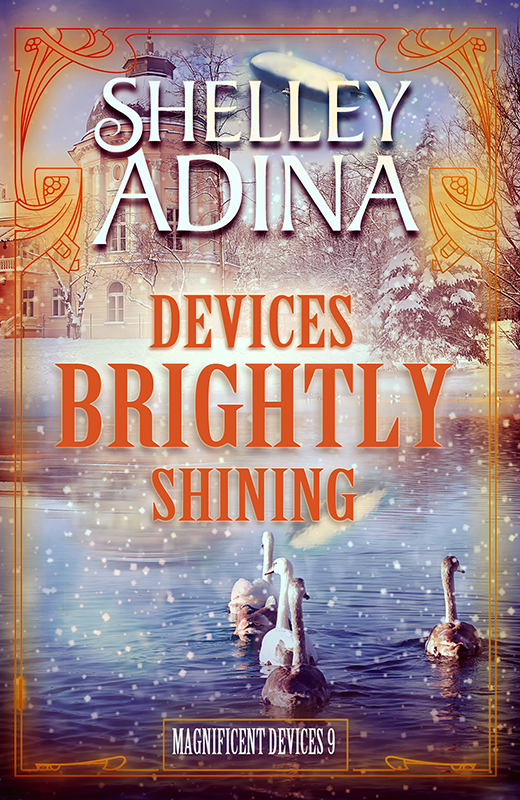 Now adjusting to life as a newlywed, seeing to her business affairs, and preparing the Mopsies to return to school in Munich, Lady Claire is settling into her new life with joy. When two young cousins of Gloria Meriwether-Astor arrive in London, the inhabitants of Carrick House are happy to welcome them. Sydney and Hugh Meriwether-Astor are completing a world tour, and the Dunsmuirs’ ball is just the thing to cap it off in splendid fashion. But Maggie learns that Sydney has his own plans for the family business—and they don’t include cutting off the supply of arms to the Royal Kingdom of Spain and the Californias, as Gloria is determined to do.

“It’s another element I love about these books; from Claire to Gloria to Alice to Lizzie and Maggie to Lady Dunsmuir, the women in this series generally like and respect each other. Other women are not required to be lesser—weaker, more cowardly, less intelligent—in order for Claire to be awesome. She is not an exceptional woman, she is an awesome woman among awesome women.” —Fangs for the Fantasy: The latest in urban fantasy from a social justice perspective

Devices Brightly Shining—coming soon!
A Lady of Resources—audiobook available!
Sign up for Shelley‘s mailing list & begin the adventure with “The Abduction of Lord Will.” Join the flock!
up