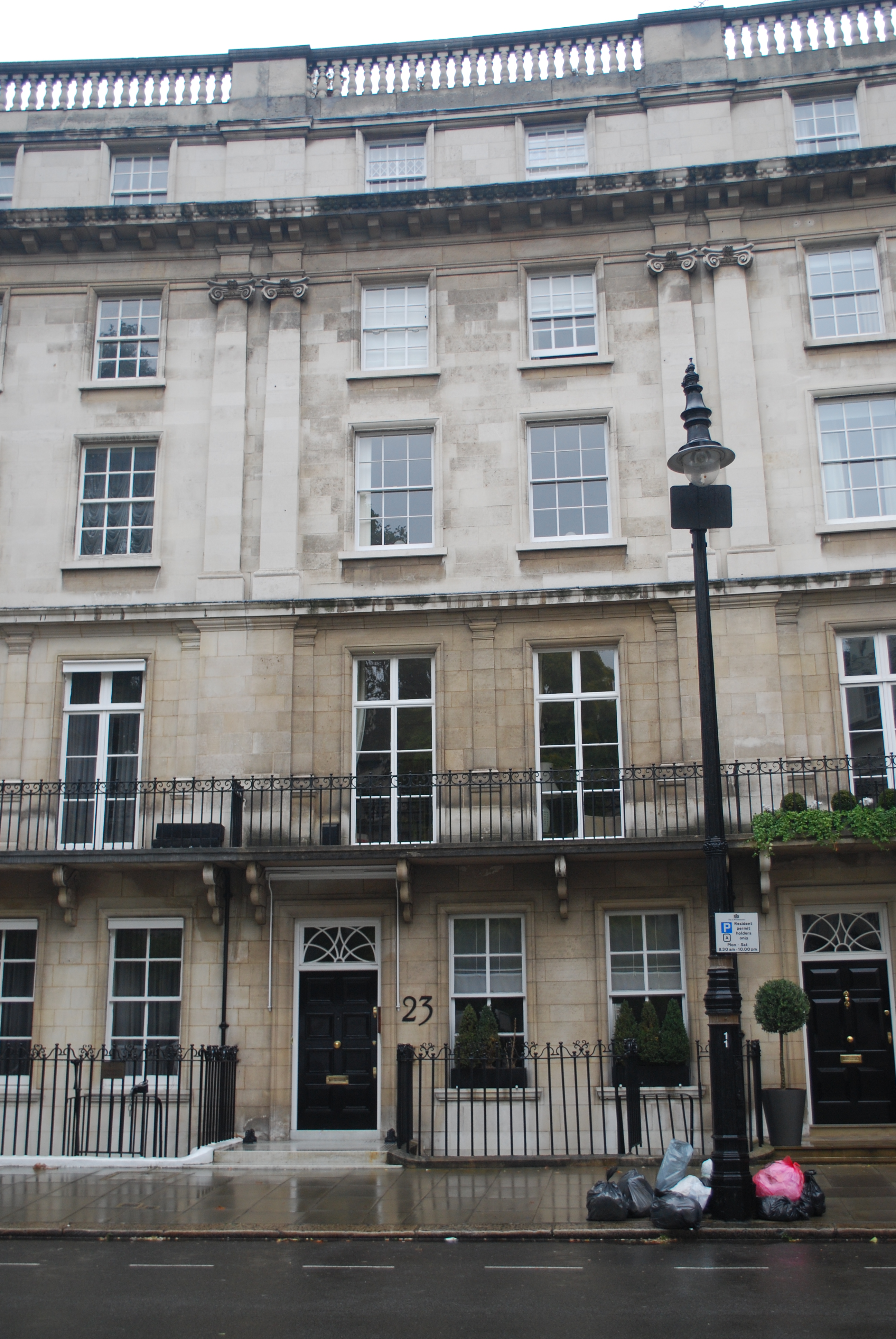 Last month, I traveled to London to do some background research for the Magnificent Devices books. Internet resources and Google Earth offer a lot to the writer, but nothing beats actually walking the streets your character might have walked–even if they’re concrete and well drained as opposed to 1889, when they were cobblestone and … not. I like to soak in things like space and color, and how long it takes to walk from here to there, what a character might see on the way, and what she might hear and smell.

So … I began where Claire began, in Wilton Crescent, Belgravia.

Nowadays this neighborhood is home to embassies of several dozen countries—governments being the only entities wealthy enough to (a) buy a Belgravia townhouse and (b) pay taxes on it. But I digress. In 1889 this neighborhood was very posh, as well, and the best families had “town houses” here. The house might have been only 20 feet wide, with four stories and no lift, but then as now, location mattered.

I didn’t get round to the back of some of these houses because the day was rainy and cold, but in general Wilton Crescent is what I imagined Claire’s neighborhood to be like, from the gentle crescent of the street, to the white fronts and black railings of the houses, to the corners she had to turn to exit the crescent in the landau and sally forth onto a major thoroughfare. Indeed, it would not take her long to drive over to Emilie’s house, nor would it take her father long to drive to Parliament to vote. 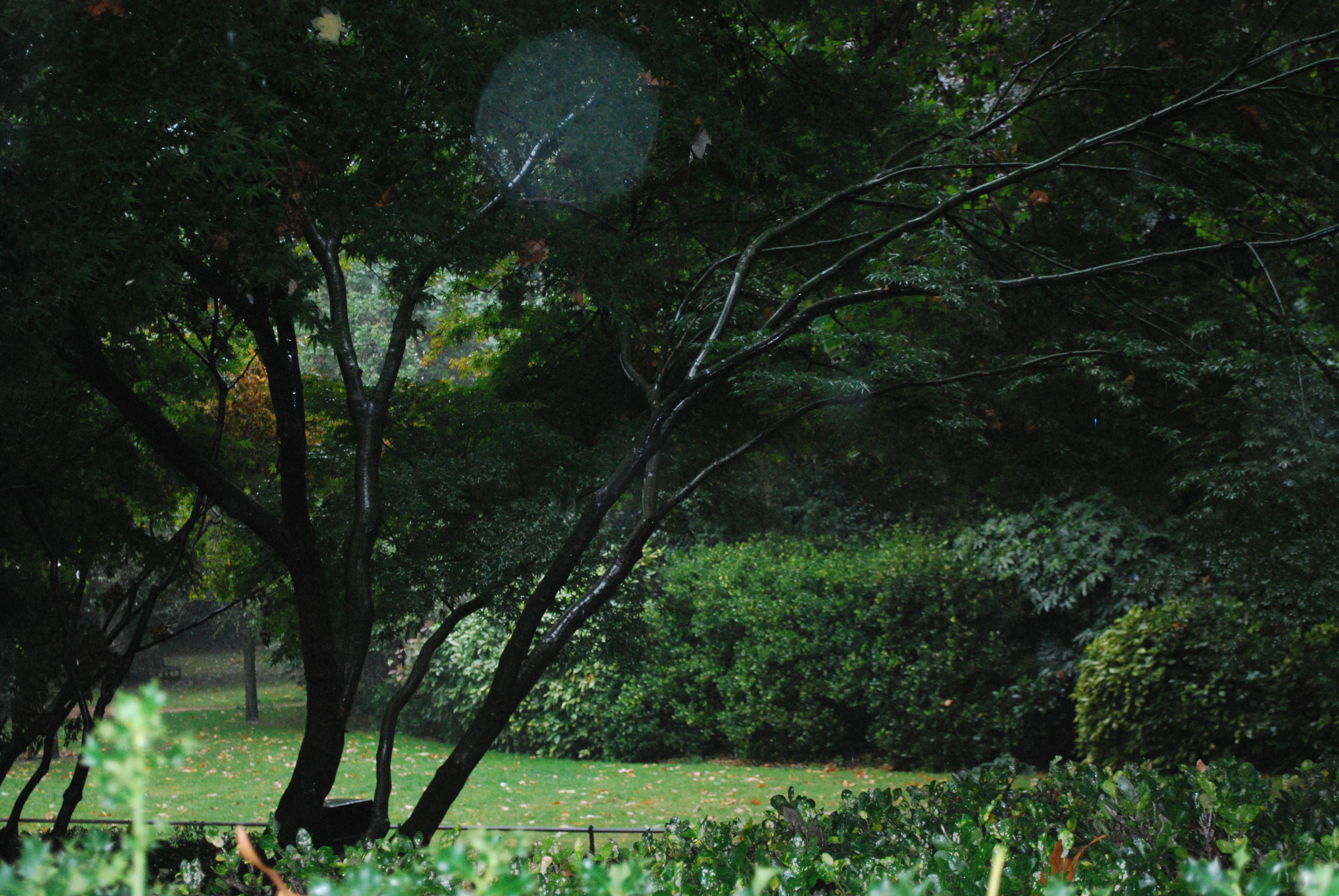 Today, Belgrave Square’s park is fenced off by black railings (were they really all painted that color as a sign of mourning for Prince Albert, per Victoria’s decree? Or is that an urban myth?) and the gates are chained shut. It’s a bit of a wilderness now, but in 1889 I can imagine the nannies pushing the prams of young lordlings under the trees and along the gravel walks.

Next stop: the Thames.

Review of MD3 from Double Crossing
Brought to you by the word “look”
Sign up for Shelley‘s mailing list & begin the adventure with “The Abduction of Lord Will.” Join the flock!
up