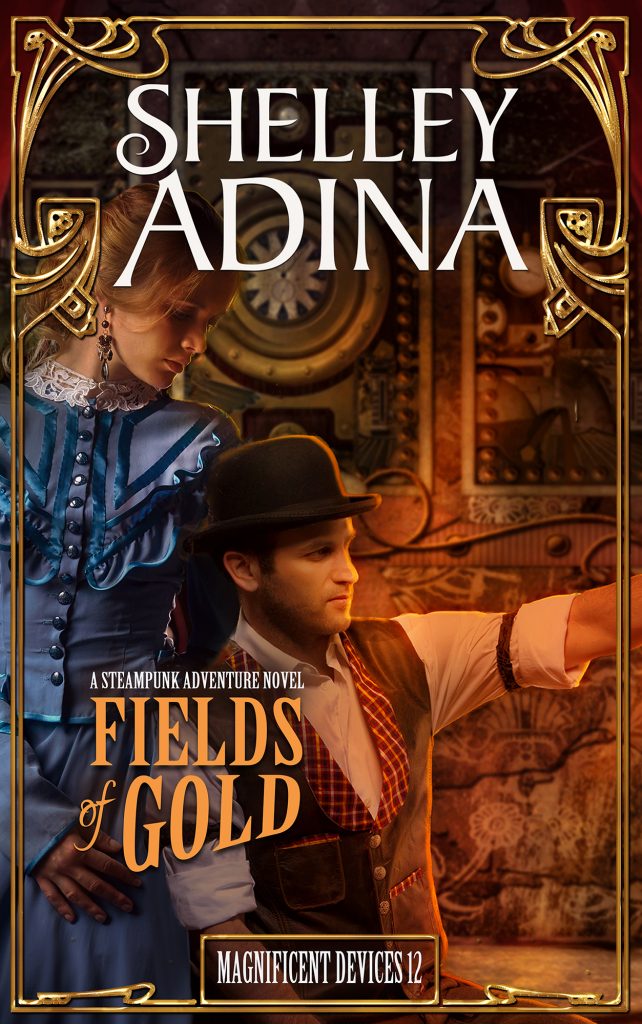 There is something so exciting about getting a new cover from the designer—maybe because it’s the first step toward opening that cover to dive into the story inside. (I’m swirling in the morass that is the actual draft at the moment, so I’m speaking metaphorically here.) Anyway—here it is! The cover for Fields of Gold.

Originally I had thought of a sweeping landscape with an airship, but all my covers have people on them, so it wouldn’t make sense to have the very last cover an anomaly. I tried and discarded a whole bunch of options, and then I thought … what does Gloria, my rich heiress, value more than gold? Right. Relationship. Her friends, the people she loves and has come to love—those are the gold in her life.

I love the image we eventually settled on. You’ll notice that while Gloria is looking tenderly at her riverboat captain, her body is turned a little away from him. She has work yet to do that will take her away from him, and there she stands in a golden, cozy, lamplit parlor on the edge of a decision … just as she does in the book.

I hope you like it as much as I do!

Funding a PhD part 2
The beauty of art
Sign up for Shelley‘s mailing list & begin the adventure with “The Abduction of Lord Will.” Join the flock!
up