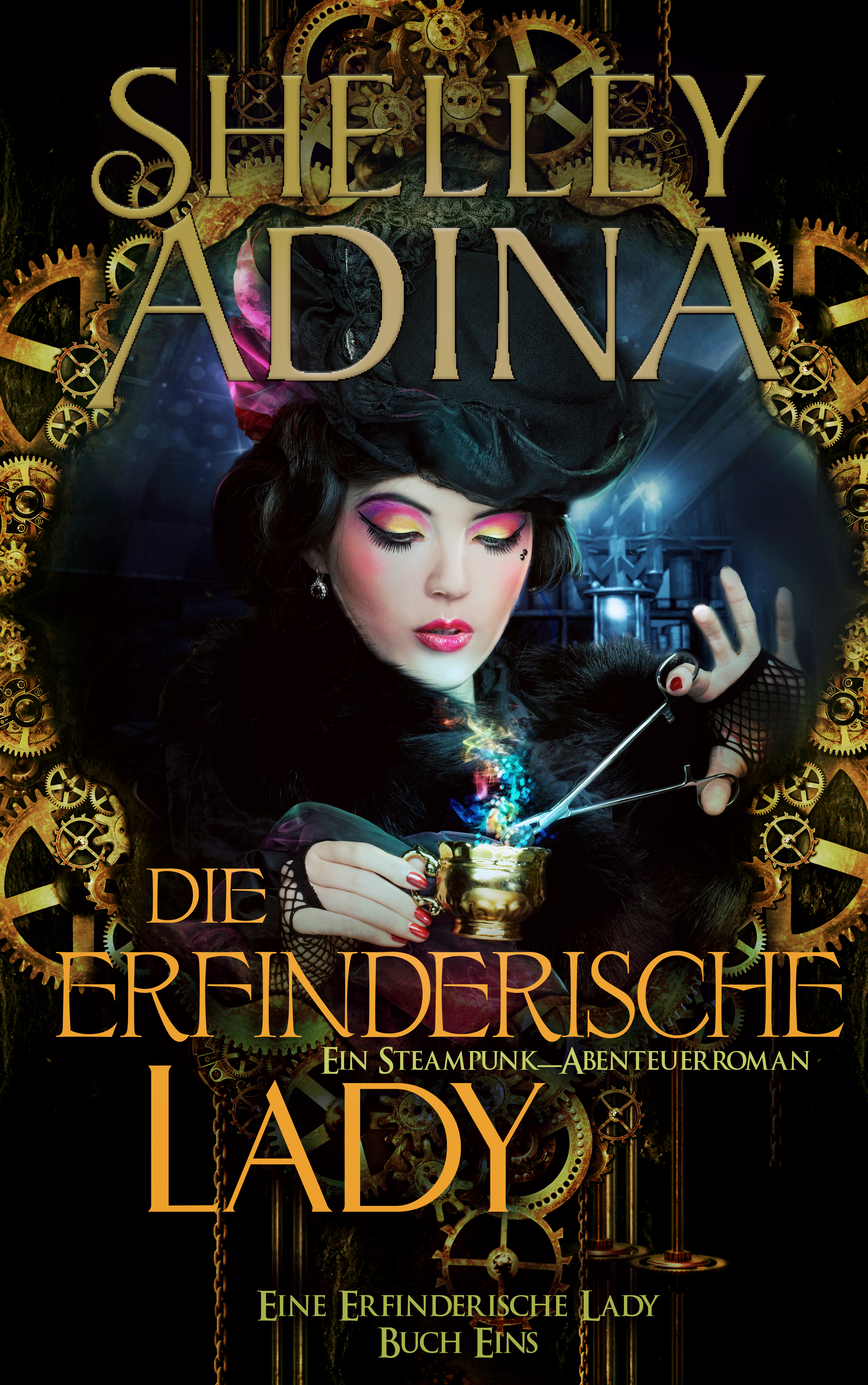 As I’ve mentioned before, Lady of Devices has been translated into German, and I’m preparing both the digital and print versions for publication as we speak. I recently got the cover art from designer Kalen O’Donnell, featuring art by Claudia McKinney at Phat Puppy, and was delighted with it.

But you will note this cover does not quite look like the English version. Before we went ahead, Kalen and I did some research into the differences between US and European covers. We noticed that in Germany, steampunk novels make what we call the “genre markers” very obvious. In my US versions, design elements that would indicate “steampunk” are so subtle that many don’t believe they’re there at all. But in the German edition, it soon became clear that we would need to include the “goggles and gears” markers that steampunk readers there expect to find.

So while one is doing that, why not make a wreath of them? After all, the Lady appreciates such homey touches, and quite likes a wreath.

Then there was the title, and the series name, which necessitated the translator educating me about the word devices. Apparently, in German Lady of Devices would be rendered as Lady of Appliances, which isn’t quite the image I want in people’s minds. Lady of Toasters simply does not conjure up the same je ne sais quoi. So we settled on a series name of “An Inventive Lady,” where the adjective erfinderische also connotes imagination along with inventiveness. Appropriate, ja? Book One (buch eins) is The Inventive Lady and we’re now working on titles for the rest of the books.

Such a fun process! I love learning new things, don’t you?

The Texican Territory
Stop by Amish Wisdom July 20 and 30
Sign up for Shelley‘s mailing list & begin the adventure with “The Abduction of Lord Will.” Join the flock!
up